Not My Business by Niyi Osundare

Not My Business by Niyi Osundare. 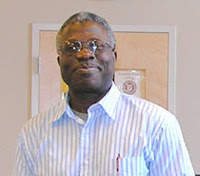 Wikipedia: In Not My Business, the people around the voice of the poem are unjustly taken in Nigeria, but the voice says that it is not his business if he is not taken. Eventually, he is taken but there is no-one left to save him.

Osundare used his poem and others to object to the dictatorship that ruled his country under General Sani Abacha from 1993 to 1998. During Abacha's rule, writing poetry was considered a dangerous activity. Osundare regularly wrote poems for a Nigerian national newspaper which commented on the lives of people in that country. As a result, he was frequently called to account by security agents and quizzed about what his poems meant and to whom they referred. Osundare himself says, "with the kind of poetry I write, I can never be the dictator's friend. So I get a knock on the door at two in the morning a couple of times."

The poet criticises people who allow injustices to go on as long as it does not directly affect them. He suggests that if no one stands up against military dictatorship, cruelty, poverty and injustice, it will, eventually, affect their lives.

They picked Akanni up one morning
Beat him soft like clay
And stuffed him down the belly
Of a waiting jeep.
What business of mine is it
So long they don't take the yam
From my savouring mouth?

They came one night
Booted the whole house awake
And dragged Danladi out,
Then off to a lengthy absence.
What business of mine is it
So long they don't take the yam
From my savouring mouth?


Chinwe went to work one day
Only to find her job was gone:
No query, no warning, no probe -
Just one neat sack for a stainless record.
What business of mine is it
So long they don't take the yam
From my savouring mouth?


And then one evening
As I sat down to eat my yam
A knock on the door froze my hungry hand.
The jeep was waiting on my bewildered lawn
Waiting, waiting in its usual silence.
Posted by Abdus Salam at 9:28 pm